DSS uses the Advanced Encryption Standard (AES). AES is a specification for encrypting electronic data, which was established by the National Institute of Standards and Technology (NIST) in the United States.

AES belongs to a family of ciphers, consisting of different key and block sisez. NIST approved three solutions, having different key leghts: 128, 192 and 256. The standard we use specifically is a symmetric key algorithm – 2 x 256 bits. This means that the algorithm allows for the enryption and decryption of elcetronic data.

AES is so efficient it became officially approved by the National Security Agency (NSA) for protecting the transfer of top secret information. If this is not convincing enough, the AES has been also included in the ISO Information Technology Security Standards ISO/IEC 18033-3.

The most successfull and most common method of breaking encryption algorithms is described as forced entry. How does it work? The attacker trying to decipher our protection algorithm, wants to find the right entry key by using every possible combination, until he finds the right one. Theoritically, any code and password can be broken by using forced entry.

However, when it comes to deciphering our AES 2 x 256 algorithm, things get complicated. The number of probable combinations equals 256 raised to the 256 power (256256). When typed into a calculator this equation will equal Infinity. The number of possible sequences is so enormous its hard to imagine and even harder to break.

In theory, 50 super computers, having the ability to caulculate 1018 sequences in a second, would need approximately 3 × 1051 years to exhaust all possible combinations of our algorithm. Whatsmore, the amount of time needed to break a 256-bit symmetric key with a forced entry attack requires 2128 times more computer power than breaking a 128-bit key. 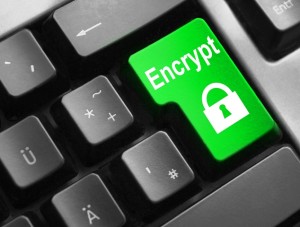 What where are trying to say is that it’s possible to break DSS encryption. However, it will take an increadible amount of time and processing power. Without the proper computing harware the decryption time will take more than a lifetyme, however gathering the adequate technologies may easily exceed the financial possibilites of any giant.

Many have tried, but since it’s creation the AES 256 encryption standard had not been broken.

If modern scientists discover an even better ciphering methed than AES, You may be sure that DSS will be using it as well.

Until that day comes, we can feel comfortable that DSS provides the best possible security available!