DSS is an innovative and functional tool, allowing You to maintain the security of Your sensitive data. However knowing that there is a data security breach in the company, doesn’t solve the issue itself. How can we help solve this matter?

As mentioned earlyer, DSS provides You with the option of choosing who, can work how and on which document.

The thing is, that You can do more than authorise others to work on certain files. Actually, You can also check up on what are they doing. We know it may sound strange and invasive, but there is a reason DSS can do this.

Imagine three situations, in which: 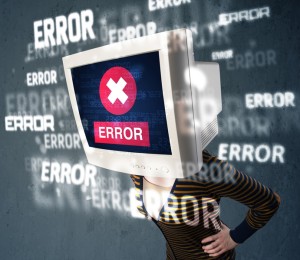 1. An important file has left the company network, without authorization. How did this happen?

2. The internal flow of documentation stopped being effetive. Where is the problem?

3. A document containing sensitive information, has been edited by more than 1 user. Which version of the document is valid? Who has done the changes?

Do You know how to solve these issues quickly, efficiently, without disturbing the daily, company order?

Our answer is simple.

DSS can act as Your internal auditor and provide You with the answers to all these questions instantly.

Every action done on the documents protected by DSS is recorded. If You have proper permission, You may access the document logs and within moments, learn:

(Ad. 1, 2, 3.) Who worked on the file in question; which device was used to work on that document; what actions were taken on the file, as well as the exact time, date and place of these actions.

Having all this information, You can easily distinguish weather what happened was a mistake, missaunderstanding or just a bad choice.

DSS will help You solve communication issues, increase generall work effectiveness as well as protect Your files from unauthorised access.